Join me in welcoming Beppie Harrison to Writer Wednesday. Beppie is another fellow LaLaLa, and while I was (f)unemployed last fall, I had the pleasure of copyediting her holiday novella, The Grandest Christmas. It was delightful, as she is. 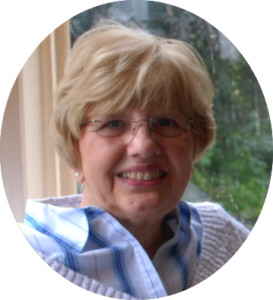 Beppie Harrison lives in southeastern Michigan with her husband and two slightly addled cats, their four children having grown up and flown the coop. They live a somewhat cross-Atlantic lifestyle. Her husband is an English architect and they began their marriage living in London, only moving to the States 10 years later. In many ways, England is still home. For Beppie, the pull from across the Atlantic comes not only from old friends and familiar places in England, but from Ireland. Did it start with its literature, its history, or its wonderfully garrulous people? However it happened, she is addicted now and her greatest satisfaction is weaving the Ireland she knows into tales of the hearts and ambitions of characters who would have lived 200 years ago.

A little about her new release, The Abiding Heart: 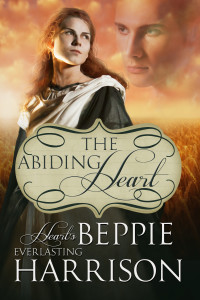 Diarmaid MacGuinness, the red-headed, enigmatic Irish rebel from The Divided Heart, returns with a story of his own, still working for Irish freedom. The story starts in the remote hills and bogs of Donegal, where he encounters a stubborn and independent girl with hair as red as his own. How the two of them exasperate and fascinate each other as they walk across Ireland makes an enthralling story of determination and the growing commitment to find a place for themselves in the Irish world as it existed around them.

Two gingers in one novel? I bet the sparks fly!

Anyway … let’s move on to my favorite part of the post, a round of “This or That.”

Snack of choice. Sweet or Salty? Oh dear. Probably overall favorite would be sweetish. Am currently onto madeleine cookies (Proust’s memory stirrer?) which also taste splendid dipped in coffee. But don’t sit next to me with a freshly opened bag of chips—or crisps, as my beloved Englishman calls them, or you will see a hand reaching into the bag, chip after chip after chip.

England or Ireland? Oh dear again! Two different loyalties come swiftly into combat. England is the home of the Englishman, and was my home for ten years. England is where my first baby was born. England is where my dearest friends—of 45+ years’ standing now—live, also my favorite of my in-law relatives. I step off the plane at Heathrow and I’m home.

But Ireland? That’s the place I fell in love with all by myself. So beautiful (well, England’s pretty good, too) and with an open welcome with a brogue unlike the more formal English. Then, too, Ireland has a terrible history, largely because of the English, but the ruins are made more heart-catching because of the wonderful green surrounding them. It rains a lot in Ireland.

Luckily in June we are taking our 12-year-old granddaughter to Ireland, the Isle of Man, and then to England. So this year I don’t have to choose!

Afternoon nap or early to bed? Easy peasy this one. Midnight is an old friend of mine. I am a dedicated night owl and midnight is usually greeted with the rattle of fingers on the keyboard. Of course if I stay up too far past midnight (1 a.m.? 2 a.m.? Shall we try for 3?) there may be a spontaneous afternoon nap, otherwise known as falling asleep sitting up with laptop on lap.

(Note from Arlene: I’ve done that a time or two myself.)

Ebook or print? Ebook for convenience, cheapness, and travel. Print for illustrations or a text I’m likely to go back and read again and again. It’s a lot easier to flip pages than to tap away on Kindle or whatever and sometimes it goes backward and sometimes forward. Very annoying. Ebook illustrations are getting better, but glossy paper beats them every time.

Dogs or cats? Pause there to cover eyes of two beloved cats so they won’t see what I’m writing. Would love a dog, but presently live in penthouse condo in Michigan with two busy streets close at hand. Indoor cats do fine. Dog would require walking in foul Michigan winter weather, as could not let it out on its own. Not me. The Englishman says not him either. Cats have litter box.

Where do you write: home office or favorite coffee shop? I write planted in the middle of the living room on the couch, with pillows to move around as comfort demands. Feet flat on floor, laptop on lap desk. Started this during recuperation from major back surgery, and here I still am. Have now written four books right here, while life of cats, occasionally grandchildren, and now and then one of the four children, now all adults, surges around me. I block out distraction well.