I don’t often do this, but after I wrote this post for my other blog, I realized it’d be a perfect fit here, too. Here goes:

Sign me up for the Vince Vaughn fan club 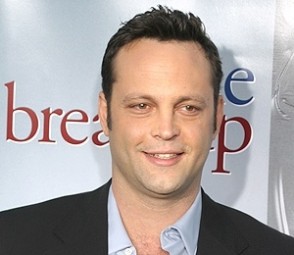 Has anyone else seen “The Dilemma” yet? In it, Vince Vaughn plays a guy who discovers his best friend’s wife is cheating on him. Then he has to deal with his dilemma: To tell or not to tell.

Am I the only one who thinks Vince Vaughn is a great leading man?

“The Breakup”? Hilarious. “Wedding Crashers”? Heck, yeah. “Couples Retreat”? I could watch it over and over. “Four Christmases”? Yes, please — and I’ll take a couple more while we’re at it.

He may not be Brad-Pitt beautiful or Gerard Butler gorgeous, but he’s adorable in his own way. He’s more guy next door … the one the girl doesn’t realize she’s in love with until he’s dating someone else. Then she kicks herself ten ways to Sunday and embarks on a campaign to steal him away from the other woman who is, of course, clearly wrong for him.

Hmm … did I just come up with a story idea? I can work with that.

You never know … maybe I can talk Vaughn into playing the hero in one of my novels someday.

You’re nothing without your dreams, right? 😉

(Speaking of Gerard Butler, the movie trivia playing before the film started said he had a law degree. I did not know that … but I bet Kristan Higgins did. She’s always posting “Gerard Butler Grammar Quizzes” on the RWA newsletter editors’ loop.)