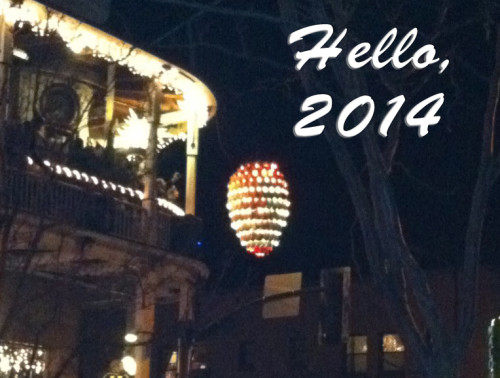 I’ve said it before: I’m a writer, not a math whiz.

Still, I enjoy looking at my blog statistics. That’s why I look forward to seeing what the WordPress stats helper monkeys come up with every New Year’s Eve.

As I look ahead to 2014 (TMP’s releases of BEAUTY AND THE BALLPLAYER and SLIDING INTO HOME this March and April, followed by the indie publication of BLIND DATE BRIDE in June), take a peek at their summary of 2013.

A San Francisco cable car holds 60 people. This blog was viewed about 2,000 times in 2013. If it were a cable car, it would take about 33 trips to carry that many people.

The busiest day of the year was July 18th with 38 views. The most popular post that day was I have big news.

Since July 18 was the day I announced my first sale/signing a contract with Turquoise Morning Press, it’s not surprising that was my busiest day of the year.

Thank you all for reading and commenting and following me on Twitter and my Facebook Author Page.

While I was checking my blog stats Tuesday morning, I saw a tidbit that made me laugh out loud:

Someone found my blog by using the search term “Mr. Happy story ideas.”

Since that’s the pet name one of my heroes uses for a certain part of his anatomy, I can’t help wondering if the searcher found more than he/she bargained for!

P.S. In case you missed it, here’s a link to the original post where Mr. Happy made his first appearance on the blog.

I already wrote a post sharing my 2010 accomplishments. Although I remain agentless and unpublished, they weren’t inconsequential, for sure.

In that post, I also outlined some goals for 2011. Those tasks included building my blog. While I still want to do that, it turns out I might have been harder on myself than I needed to be.

According to the stats helper monkeys at WordPress.com, Love & Laughter’s doing just fine. Here’s their summary of its overall blog health:

In 2010, there were 131 new posts, growing the total archive of this blog to 171 posts. There were 16 pictures uploaded, taking up a total of 7mb. That’s about a picture per month.

The busiest day of the year was September 25th with 62 views. The most popular post that day was Doing the wrong things?.

Where did they come from?

These are the posts and pages that got the most views in 2010.

I do have to wonder, however, why a site called “obama scandal exposed” sent me traffic. I don’t recall writing a word about our president (who is not a Muslim, no matter how many times the talking heads at FOX News insist otherwise).

Yes, now I AM making a shameless bid to draw more hits! 😉