Archive for the ‘Musings’ Category

The Next Big Thing

I was glad to say yes when Amy Raby, one of my Starcatchers sisters from the RWA Golden Heart class of 2011, asked me to take part in the Next Big Thing blog hop.

Unlike Amy, I don’t have a book scheduled for release. But I’m happy to talk about one of  my many works in progress.

Ten Interview Questions for the Next Big Thing

What is your working title of your book?

DIVA IN THE DUGOUT

Where did the idea come from for the book?

I started it right after I learned I’d finaled in the Golden Heart with BEAUTY AND THE BALLPLAYER. It’s the tale of a teammate/friend of the hero in that story, and something the hero mentioned to the heroine as his reason for doing something that upset her. My reasoning for writing it? If BEAUTY was going to be my success, I wanted to have one to go along with it.

What genre does your book fall under?

Which actors would you choose to play your characters in a movie rendition?

Oooh — that’s a tough one. *Runs to Pinterest for inspiration* Even with some visual help, I had trouble answering this one. I could see Dylan McDermott or Chris Evans as Dave, my bad-boy shortstop-turned-father. Or maybe Channing Tatum (though he might make a better Matt, the catcher in BEAUTY). As for Melinda, my heroine, maybe the young Kate Hudson or Cameron Diaz. Brittany Snow could probably do it, too.

What is the one-sentence synopsis of your book?

A decent shortstop with a bad-boy reputation discovers — five years after the fact — that he’s a father and has to prove to the girl’s skeptical and super-protective mother that he can step up to the plate and knock one out of the park for fatherhood and everlasting love.

Will your book be self-published or represented by an agency?

That’s yet to be determined. I’m still on the hunt for an agent and publisher.

How long did it take you to write the first draft of your manuscript?

Six months. I started it in late March 2011 and had a draft by the beginning of September.

What other books would you compare this story to within your genre?

I think I’m going to have to pass on this question. I’ve plumbed the depths of my mind and can’t come up with an answer. I mean, I’d love to say my story is like those of Kristan Higgins or Susan Elizabeth Phillips  … but that’s probably stretching it a bit (or a lot). Those are the authors I most admire, and hope to be like, but I’m just not sure I’m there yet.

Who or what inspired you to write this book?

After Dave’s backstory came up in BEAUTY, I knew I wanted to tell his story. I often get ideas for a new story when I’m in the middle of writing. Besides, I love the idea of a bad boy, reformed. I can’t remember which historical author wrote it, but it’s the world’s worst-kept secret that reformed rakes make the best husbands.

What else about your book might pique the reader’s interest?

In DIVA’s first incarnation, the book began with Dave and Mel hooking up for their one-night stand  … and that scene will probably eventually show up on my blog as an “extra.” I had to cut it because my beta readers said it made neither hero nor heroine likable.

Since I’m coming in several weeks into this, and with NaNoWriMo kicking off this week and a superstorm ravaging the East Coast, I’m having trouble finding five friends to tag. Please forgive me for shorting you two.

Abigail Sharpe, who writes contemporary romance. Her first novel, Who Wants to Marry a Cowboy, is due out in 2013. I met her when she called me to tell me I’d finaled in the Beacon contest (as I was leaving the post office after mailing off my Golden Heart entries), and we’ve since become friends.

Fellow Starcatcher Diana Belchase writes romantic suspense. She already posted her answers to the Next Big Thing questions on her Facebook page.

Connie Cockrell and I met through our Power Writing Hour group on Facebook. She just had a short story accepted in an anthology. 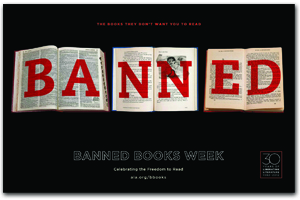 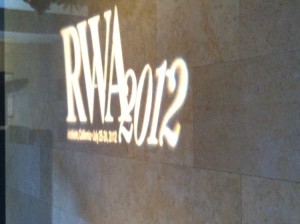 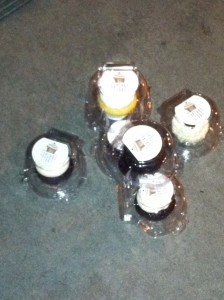 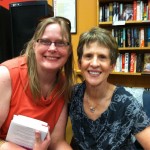 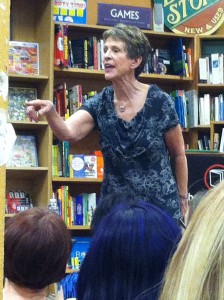