Now I remember why I’m so glad to be off the dating scene. Rejection hurts. A lot.

You try to make a good impression on your dream man/agent. If — against all odds — a connection is made, you hope he feels the same spark you do. If not? The big “R.”

Rejection. You might feel worthless. You probably question your appeal … your talents as a writer.

I ought to know, having just received two agent rejections in two days. (Being a Golden Heart ® finalist makes for much speedier replies.)

At least they weren’t all negative: Each one featured good with the bad. They both had an element of “I like you but …”

The bottom line? “Beauty and the Ballplayer” wasn’t quite right for either of them. The hero and heroine didn’t speak to them. (Whether that’s an inherent flaw in the MS is up for debate. I might have some revising to do.)

In the meantime, I’ll continue the search for Dream Agent. Somewhere, out there, is my perfect match … the agent who believes in my work as much as I do.

That’s right: Distraction is whupping my rear in a big way these days. If there’s a down side to being a Golden Heart® finalist, that would be it.

Until recently, I had a routine: A little writing/blogging before and/or after work. Now, with all the new and ramped-up tasks on my to-do list, I spend way too  much of my time trying to focus on any one thing.

And the task at hand is rarely writing.

This morning, it was updating my website. I just switched from wordpress.com to wordpress.org so I can make better use of the arlenehittle.com domain name I purchased last year.

While it was relatively easy to make the change, I still have to rebuild a lot of things, like my blogroll. I also must figure out how to get a cool stats tracker in my dashboard and get on the phone with the webhosting folks to figure out how to configure my computer … I kept getting an error message involving a firewall and it was like it was written in Russian. I’m not even sure where to find my firewall.

Yesterday morning, I managed to write a couple hundred words. On Sunday I eked out a full thousand … and then decided to scrap them all and start the scene in a different place.

I’ve heard other writers say that they spend very little of their time actually writing new stories. I now know exactly how they feel.

Well, it’s off to accomplish something before bed. 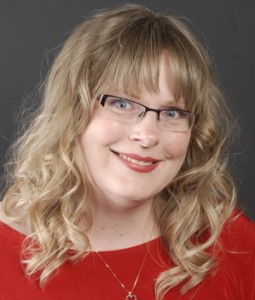 This is an exciting time for me. My manuscript, Beauty and the Ballplayer, was just named a finalist in the 2011 RWA Golden Heart® contest.

About Beauty and the Ballplayer:

Spunky and independent to a fault, graphic designer Meg Malone isn’t exactly crushed when she finds herself pregnant soon after her no-good boyfriend abandons her to hit the professional poker circuit. After being burned one too many times by women who see him as their ticket to the good life, up-and-coming minor league catcher Matt Thatcher carefully guards his heart against “baseball babes.”

When Matt first meets Meg, he likes that she has no clue what he does for a living; she’s attracted to his solid, stable presence (and his killer bod). As they get to know one another, Matt lets Meg in on his profession and into his life. When he accepts her, baby and all, Meg sets aside her doubts about falling for another dreamer and loves him wholeheartedly — until he misses a doctor’s appointment with her to further his career. Not wanting to come in second to another man’s unattainable dream of going pro, she cuts and runs before Matt can leave her. By the time she realizes her fear of abandonment could cost her a lifetime of happiness, she’s afraid it’s too late. Meg has to hit her insecurities out of the ballpark to win the World Series of love.

About me: I am a member of Romance Writers of America, both nationally and locally and am currently serving as editor of our chapter’s newsletter. I also have a B.S. in journalism from the University of Evansville and have worked in the newspaper industry as a reporter or copy editor/page designer since 1994.

My mother would be proud

While celebrating my Golden Heart® finalist status in one of many phone calls over the weekend, my friend Pat said something that made me tear up a little. She said my mother would be proud.

That’s true. My mom, an English teacher before I came along, always encouraged me to write. When she died in 2003, I hadn’t yet accomplished anything in the fiction world (although I do think she watched me receive a first-place award from the Indiana Society of Professional Journalists for a series of stories on students peeved about a high school’s piercing policy).

Since her death, I’ve lost 100 pounds (and, unfortunately, regained most of it). I’ve found myself a significant other. I’ve finished more than one manuscript and — finally — gained the courage to start putting my fiction out there.

I experienced a moment of sadness that Mom didn’t live to see this moment. But I like to think she knows. Somehow, she knows … just like she knows I sit down and watch one of her favorite movies, “A Christmas Story,” at least once every year. (She grew up in Hammond, Ind., on the street Ralphie supposedly lived on.)