The power of laughter

The power of love is a curious thing.

Make a one man weep, make another man sing …

— Huey Lewis and the News, “The Power of Love”

Like my man Huey, I believe in the power of love. That particular song was in the movie “Back to the Future,” but I remember being in the sixth grade and listening to Sports on cassette tape … on an endless loop. “I Want a New Drug,” “The Heart of Rock N Roll,” “If This Is It,” “Walking on a Thin Line,” “Bad is Bad” … They all bring back memories.

Thanks to YouTube, I just spent a good 15 minutes strolling down memory lane. Huey sure was good-looking, in that overconfident ’80s rock star kinda way.

Ahem. You might say I learned a lot about love from that album. Or not. I wouldn’t have a chance to put any of that knowledge into practice for years.

The power of love is strong. But the power of laughter is just as important. It lifts your mood, helps relieve stress and might even help you heal. Some experts say “laughter is the best medicine.”

Put love and laughter together and you have a combo that will win every time. 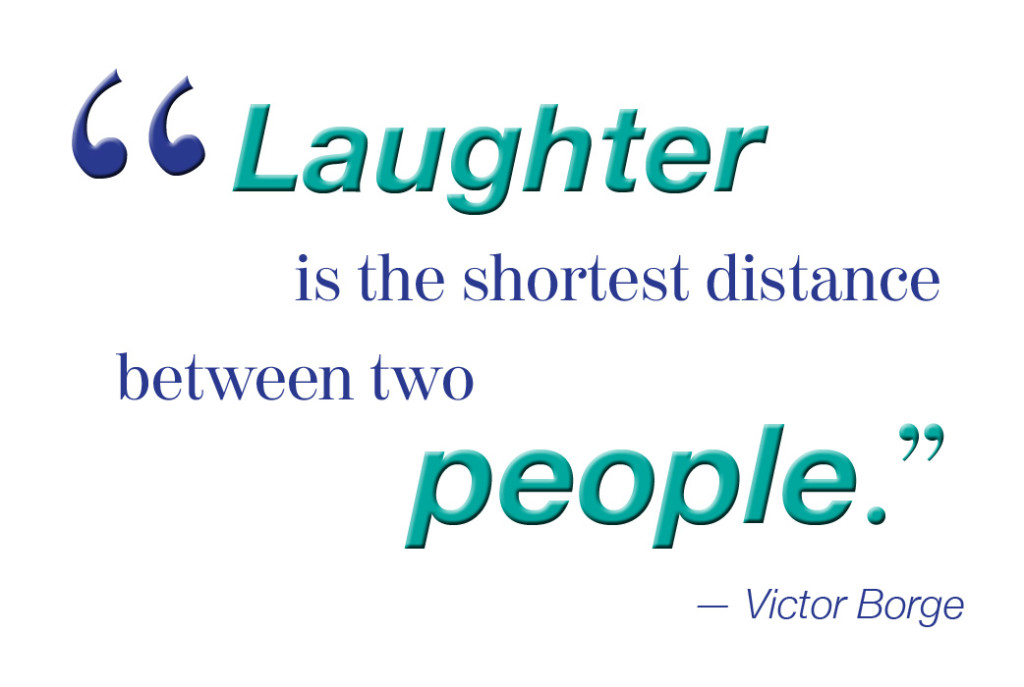 It’s why I write stories with characters who don’t take themselves — or life — all that seriously. Sharing a laugh can bring couples closer together, help them smooth over differences, diffuse tension and put things in perspective. (I’m not the only one who feels that way: This article I’ve bookmarked for future reference talks at length about fixing relationship problems with humor.)

Many famous folks have said great things about laughter. I borrowed these from a list of laughter quotes compiled on Goodreads. They spoke to me — so much that I hope to put them on the backs of my next business cards.

“I don’t trust anyone who doesn’t laugh.”

“The human race has only one really effective weapon and that is laughter.”

“I’d rather laugh with the sinners than cry with the saints.”

“Always laugh when you can, it is cheap medicine.”

“Laughter is the shortest distance between two people.”

“A day without laughter is a day wasted.”

I just need to decide which look I should go with: 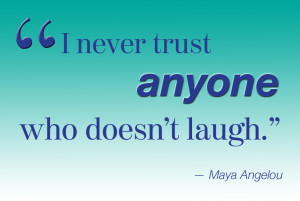 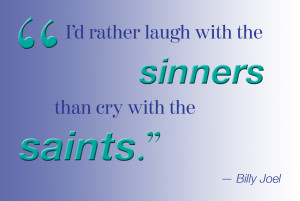 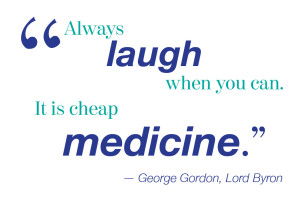 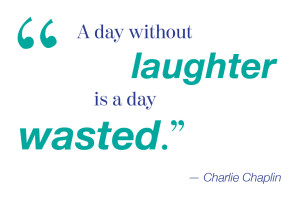 I’m leaning toward the white background. It’s clean, simple and matches the logo.

I think I like the embossed look of the top two, though, with the words that appear to be jumping off the page.

Like I said on Facebook, I know just enough about Photoshop to be dangerous. I can do basic designs, but anything elaborate like a book cover or web design is better left to experts like Rogenna and Larissa.

So hard to make up my mind. Do you have a preference? Weigh in in the comments, please. 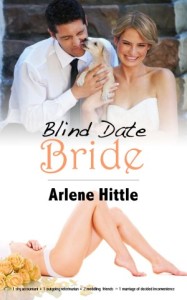 It’s Saturday again — and this week, I don’t feel like I’ve been dragged through a tar pit and then forced to go to prom without changing. My head is only mildly stuffy, not filled with snot, and I’m ready to rejoin the land of the living.

That means I’m back for the My Sexy Saturday blog hop. The rules are simple:

This week, I’m bringing you another booty-licious scene with my favorite hero, Mike James.

Aww, who am I kidding? I love all my heroes. That said, I’ll always have a big, squishy soft spot in my heart for Mike. He’s the first guy character I created, although it was quickly apparent he would NOT be Erin’s hero. Not Mike. He wasn’t right for Erin, no matter how much she wanted him to be. Persisted in thinking of her like the kid sister he never had. I realized he needed his own story, the happy ending he didn’t believe he deserved.

And I proceeded to write him one. In OVEREXPOSED, faux bad-boy Mike gets his happily-ever-after, with the ultimate good girl — a 24-year-old virgin.

In this scene, he’s about to relieve her of that condition. They’re at a bar, across the street from the no-tell motel room they’re being forced to share by a snowstorm. They’ve both had a bit too much to drink, and Bree is putting the moves on him (for what she believes at the time to be an excellent reason). Mike is trying desperately to resist her.

If I’m lucky, I’ll get drunk enough to pass out before I can do something we’ll both regret.

But as the minutes ticked by, and Breanne responded to every evasion by trying even harder, it became increasingly clear to Mike that resisting her advances wouldn’t be easy. She obviously wanted him — and had for quite a while, if the hints she’d been dropping were to be believed. He desperately hoped her comments weren’t the ravings of a drunken lunatic, because he wanted her, too. He sure as hell didn’t deserve her, but he wanted her just the same. And if she felt the same way, there was nothing to stop them from fulfilling their mutual desire.

Nothing except your innate sense of decency.

And there it was: the elephant squatting on the barroom table. If he did take up with Bree now, he’d become the bad-boy playboy he was pretending to be to hold her, and every decent woman like her, at bay.

He’d never be able to live with himself then. Hell, he barely tolerated himself now.

Time to end this flirtation before it spiraled even farther out of control. Surely she’d balk if he flat-out propositioned her.

“It’s late, Red,” he said, scraping his knuckles over her denim-clad thigh. He stroked her thigh, getting dangerously close to the part of her that he ached to fill. “What do you say we get out of here and find something better to do with our time?”

Instead of pulling away, she practically purred and arched into his hand. “What’d you have in mind?”